His last weeks on duty as American President was probably more chaotic than 90% among the public would have expected. Some election fraud seem to have taken place but not that significant that the result should be seriously questioned. We have election fraud all the time in Sweden. Conservative ballots are hidden, older people are lured to vote socialistic, news mixed with lies among dominating socialistic media favour socialists. But honestly it most often does not seem to be of that quantity that it invalidates the end result.

Is Trump now a General?

The big question now in US seems to be ”Is Trump now a general leading a kind of invisible republican army against fake news or something else?”. If so, what does this imply?  We all know that the news industry is the most important industry in the world. Financial Institutions are clearly secondary in power when it comes to ruling the world.

The coming impeachment against ex-president Trump is of extreme importance. Its a democratic nightmare I would say. I say that the impeachment trial is well motivated. It must be legally discussed and investigated whether Trump instigated on purpose the uprising at Capitolium. If it all ends with a verdict of guilt I would say that – dont punish him too hard! Its enough that he cant represent the republican party in the future. Why, well, if he is sentenced to jail or some kind of correctional measures, (if thats how you express it in American English -I am Scandinavian) it risks to create an uproar among his 75 millions supporters. And be contraproductive for democracy in US.

Personally I liked Trump as president. He is a christian as I am. And I know by own expercience how international media have lied about Swedens so called apathetic-children-industry* where refugee children are used as medical slaves and suffer incredible when they are coerced to mutism, paralysis and tube feeding. Today media in Sweden know about all this but still keep quiet with some few exceptions. Among some few others the Jewish owned Bonnier group try to raise concern and surprisingly even the nationalsocialistic media in Sweden have clearly told that the assaults on these vulnerable children must stop. The fact that both Jewish AND nationalsocialistic media share the same worries about the maltreatment of these children should make the eyebrows raise among everyone!   Except in Sweden. Swedes keep quiet as they always do. Always neutral – always quiet about their own shortcomings but eager to blame the rest of the world unless it means any risks for the Swedish establishment.

FAKE NEWS among established media are a threat to the democracies all over the world. General Trump has addressed this issue. And for this he deserves respect. Too many established media today surely are a threat to the christian world that builds on truth – not on ideology or power. That Trump fell into a trap of own lies trying to fight other lies is a kind of irony. After all he should as an elected president not have lied that much as he did.   Therefore the impeachment trial is a must. Fake news must be scrutinized whoever tells them – even if it is CNN or a president of USA. 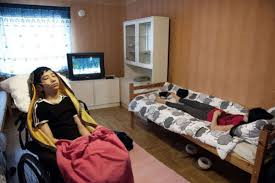 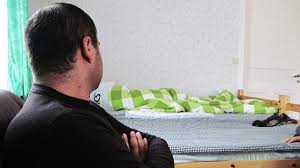 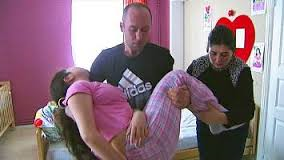