Above you find a link about the humanitarian catastrophe going on in Sweden. The article was published July 2017. I.e. two years ago. Now two years later the copycat epidemic on these extra vulnerable refugee children just goes on and on so that is why I write this below.

the tragic epidemic of thousends of tube fed apathetic refugee children in Sweden exists because of two basic reasons:

An additional reason is that just one person, namely the author Gellert Tamas, was given the task to investigate the Official State Investigation SOU 2006:49 about apathetic children. This investigation had the courage that for the second time in Swedish history mention the three words ”malingering by proxy”. The reaction by the press was volcanic and the executor given the power and authority by Swedish journalists to channel the rage from Swedish journalists was a self made man Gellert Tamas.

Please notice that this man has no journalistic education or degree. And not one minut of medical education. Perhaps that is why he was chosen.

But he had some years earlier written a book ”The Laserman” year 2001 that was a big success because it blamed the killing of foreigners in Sweden on ”structural racism”.

And of course he used his ”structural racism concept”.  And with this tool he found racism everywhere. And made a fortune because his message was exactly what journalists wanted to hear.

E.g. when he interviewed myself I told him honestly that- because I did not want to lie to the Swedish people and he had told me that he was given the task to investigate the phenomenon of apathetic children in Sweden by Public Service – ”As a christian I am totally against multiculture I want to live in a secular society on Christian foundations”.

This saying of mine Gellert Tamas then in his programme combined with pictures of lifeless children in wheelchairs with gastric tubes so in the so called documentary that was extremely hyped by Swedish State Television you could hear Gellert Tamas saying:

”This is the governmental expert Dr Thomas Jackson that says that the children are malingering”  and then he shows a lot of lifeless intubated children in beds, wheelchairs, on strecthers AND AT THE SAME TIME YOU HEAR MY VOICE FROM THE INTERVIEW SAYING ”I am totally against multiculture”.  Mr Tamas did not even perceive the difference between malingering and being coerced into a sick role which is the horrible assault called malingering by proxy. I dr Jackson has never ever used the word malingering about the children but always malingering by proxy which is an emerging concept and personally I believe it should be changed to ”COMMANDO SYNDROME” that better illustrates the suffering childred are lured or coerced into.

Why did this then have such an enormous impact on Swedish attitudes?

Well, probably because the debate had been going on for years och health care institutions, health staff, doctors ans scientists were desperately trying to find the cause to the terrible epidemic. The Labour Government almost had to resign autumn of 2005 unless they did as the Green Party wanted i.e. asylum for the children.   And in all this ongoing chaotic debate I wrote a debate article about MAL-BP i.e. malingering by proxy that was published 18th of January year 2006 in Swedens biggest weekly medical journal called Dagens Medicin. This article was some months later quoted by the State Investigation SOU 2006:49 so in fact I was the first one in Sweden to ever publically discuss the concept malingering by proxy.

This article developed into shock to Swedish Pediatric Association and their bolshevik chairman Henry Ascher, a Hamas-associated well known antisemitic political pro-immigration activist that never ever had heard about something called MAL-BP. The pediatricians that were involved were all strictly left and Marxists. Some of them were friends with Gellert Tamas who is a confessing communist and pro multiculture.  So they asked him to disclose me as a nazi, although I am just a conservative christian, and so he did. And thats why the epidemic continues to this very day June 2019. In hot summer days this summer year 2019 ten children in Stockholm lies immobile in bed, tube fed waiting for asylum. All over Sweden probably a couple of hundreds. A typical copycat epidemic of crimes against children. Pediatricians, child psychiatrists and anasteshiologists call me, they write me and tell me in person about the hell they are wittnessing but no one dares to speak out because of fear of being sacked, called a nazi are accused of being illoyal to the cause of immigration or multicultural society.

Please pay attention to the horrible fact that NEVER EVER has any major media, newspaper, TV-channel discussed the two concepts ”Copycats among the apathetic asylum children” or ”MAL-BP situation for the apathetic refugee children”.  NEVER EVER!!! during the period 2005-June 2019 except when I wrote about it 18th of January 2006. If you doubt you can google for yourself. You find just my writings or small alternative media relating to myself. Otherwise there is just silence about MAL-BP and copycats relating to the resignated catatonic children. Like the silence in an empty universe.

That is why I try to provoke by calling myself a nazi because that used to work as a teaser to get attention on the sad destiny of the children. Now not even that works, anyhow not as well as it did first time I tried it. That was 2012. Then I got enormous attention because then media could show they ”were right” that I was a nazi but thanks to God because of this attack I could at least take Jan Helin one of the most powerful persons in Swedish media to court AND call Swedish Doctors Association to witness under oath. So they did, they witnessed and stated very clearly two times that ”Dr Jackson has done nothing ethically wrong”.

Swedish State Television implemented that everyone that talks about malingering by proxy, which is a severe assault on children, is labelled nazi. So of course no one dares to raise concern any more. And thats why some children are starved to death in Sweden  – waiting for asylum- since 1998 to this very day 15th of June 2019. 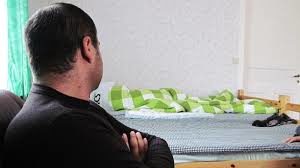 Here is an English wikipedia article about myself. With 88 references.