The Nobel Prize Winners in medicins are selected by Karolinska Institute.

An institute whose reputation last years has been eroded by the Macchiarini scandal that went world wide.

Karolinska Institutes research team responsible for research on the cause to resignation among refugee children was lead by a professor in child and adolescent psychiatry Per Anders Rydelius. His field of expertise is dyslexia.  His research which now from an updated international perspective looks totally adverse might have contributed to an even worse research scandal that the one of Macchiarini.

Professor Rydelius namely blamed the resignation among refugee children on psychological traumas experienced in the country they fled from. And Rydelius got full support from the establishment of Karolinska Institute.   Whereas Dr. Jackson that blew the whistle told that the refugee children are traumatized by severe maltreatment and malpractice IN SWEDEN.

One wonders if this scandal, that yet not is on the front pages, is discussed secretely world wide and results in Karolinska Institute today dont get any ranking on QS World University Rankings

Below you can see how Swedish State Television inform the public in Sweden that the University of Lund is best in Sweden. Karolinska Institute does not seem to exist any longer, at least not in the the ranking list. Why?  One must ask this question because sooner or later the scandal will be disclosed that one of the worlds most respected medical institutions told that severe child abuse is a disease. Double click or use other techniques to make the picture bigger. 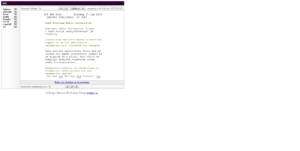 Here is the link to the scandalous report, unfortunately in Swedish. If you study it you will find the expertise from Karolinska Institute. You can se that the so called report is called ”Bördan de kom med” translates ”The Burden they came with”.   So the big brains at Karolinska Institute told that the refugee become comatous in Sweden because they have experienced traumas in the country they fled from. Not by severe malpractise in Sweden. Of course, I forgot, one cant admit this because then everyone will laugh at us. Probably that is what Karolinska Institute today believes. :

Here British Medical Journal questions (thanks to God 🙂 ) the report: